I'm conflicted about Subway. I eat there fairly regularly. I like that it's cheap. Are they actually healthy though? Probably not. I depended on Subway a lot this past year due to its proximity to COM and the fact that I got the student discount. I ate there so much, it got to the point where I just couldn't stand to even look at one of their sandwiches.

However, due to their being approximately 25,000 Subways in the US, I thought it would be good to review their turkey club.

Due to the wonderful generosity of Mr. Jake Feretti, I was able to eat a turkey club sandwich from the Central Square Subway during my break while working at Improv Boston on Friday night. 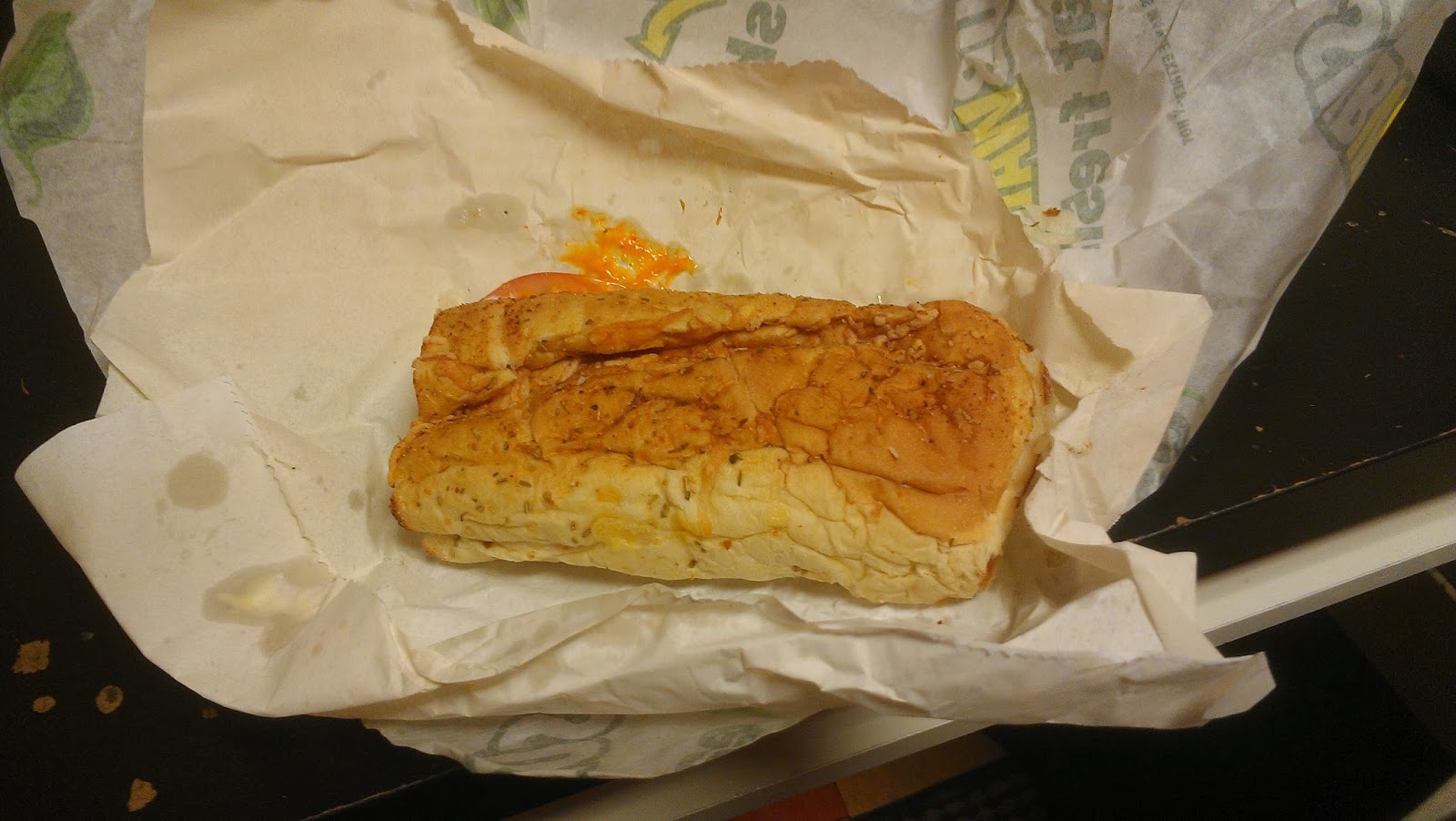 Jake ordered the sandwich for me. He got the turkey with lettuce, tomato, onions, mayo and the game changer SIRACHA SAUCE. (I can't remember which cheese he got.) It cost $4.25. I usually get the chicken breast sandwich, but lately I've found their chicken to be rubbery and I've stopped getting it. 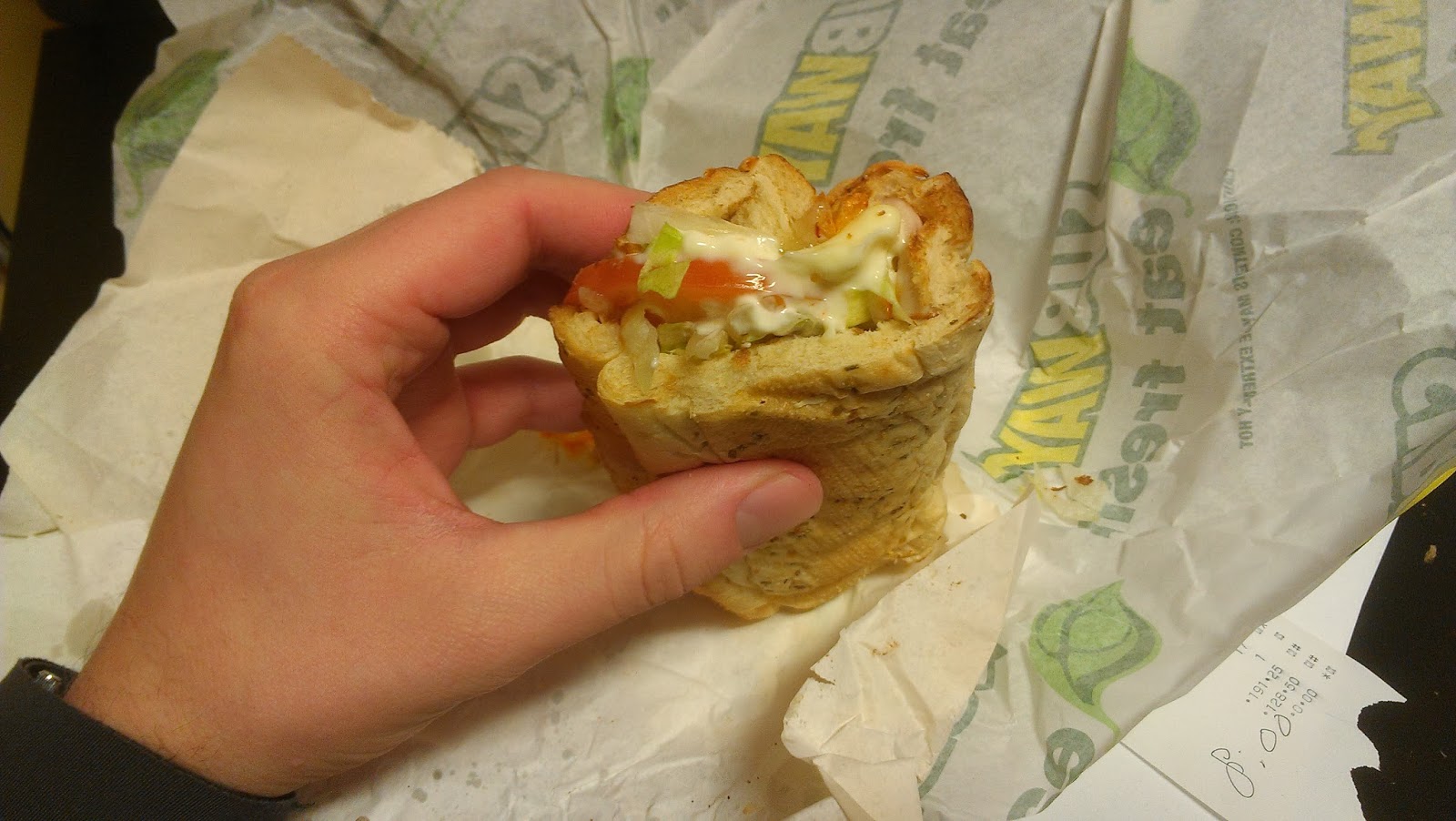 I dove in to the Sandwich at about 8:30 at night during my break from a semi-busy shift behind the bar at IB.

The bread is a vital component of the whole thing. Subway's big thing is its bread. I think it is a bit chewy.  I find that the toasting doesn't help it much. It just makes an even bigger mess of everything.

The texture of the sandwich was solid. I do like the veggies even if they are not exactly fresh. It could taste each ingredient and it had a little bit of a crunch. Subway uses a little too much mayo for my taste, so I usually request that they just use a little bit.

To put it out there LOVE the Siracha sauce. Really kicks the flavor of the whole thing up a notch. I highly recommend the addition if you like spicy foods.

Overall I would give it a 3 out of 5. Not something I would get regularly, but I'd have it again if it were the only option around.
Posted by Nick Hansen at 11:22 AM