I believe in compassion. It's an under-appreciated value in our society.

Through almost a year of working in newspapers, I've realized that most people just want to be heard. 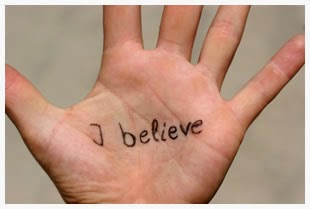 A few dozen people have called or emailed the office to air their grievances about a mistake in the paper or that a certain team did not get coverage. When I respond to them, I acknowledge that their problem is a valid one and explain to them all the factors that go into getting things in print (coaches calling in, typing them up, space, and racing against the clock.) 99% of the time if I just let them air things out, by the end of the call most of them aren't nearly as upset.

I think a lot of people take compassion as a synonym for weakness. I disagree with that assumption. Compassion requires listening, it requires seeing where other people are coming from, and it forces you to look inward. Those are all difficult things.

This became important to me in year 26. I went through a lot changes and challenges: moving, figuring out what I'm doing with my life, adjusting to the rigors of a full-time job in journalism. I was scared, a lot. I saw a therapist for the first time. I relied on late night text messages, g-chats and phone calls to connect with friends because I didn't see them all that often. My usual routine had been thrown out of whack.

I had thought life was like a marathon. You just keep going and sooner or later you pass through these landmarks in your life: high school, college, grad school, marriage, kids, retirement, etc. I did worry that I wasn't passing some of these landmarks fast enough. I worried that some of my other friends had passed these milestones before me.

I don't think that way anymore. I think life is more like a pomegranate, little nuggets of juiciness enclosed in a hard shell. (I thought they had a cool name, but turns out they are just called seeds.) They are a pain in the ass to get out, but they are worth the hassle. You'll eventually get to them all, it just takes a little bit of work.

I'm not always willing to put in that work in my daily routine. I ignore friends or family. I forget to respond to people. I think about doing good things, but don't always follow through. It's like that Louis C.K. joke where thinks about giving his first-class seat to a solider, but he ends up not doing that. However, he feels good just about thinking of that action.

This is the part where I say "I'll be more compassionate" or "I'll be more caring." But those are hackneyed proclamations for these personal essays. I think I'll try to keep compassion in mind more in my daily life.

There is a line from Thomas Merton, an American Catholic Monk, that goes something like "being a saint means being yourself." I believe my best self is my compassionate self. And I'll keep on working towards that in year 27.
Posted by Nick Hansen at 6:56 AM