I just bundled up and walked 30 feet to put letters No. 12 through No. 15 into the mailbox. It's -9 degrees here today with a whipping windchill that brings it down to about -35. Gross. Looks like the mailman is still working though.

A few observations from the first week:

I got requests from people I haven't heard from in years (literally.) People have said that they feel more connected to old classmates via social media and that is true, but when you actually take that relationship off of just social media it feels like your changing from a piece of plastic rope to one of those thick ropes used on sailboats. It just feels stronger. 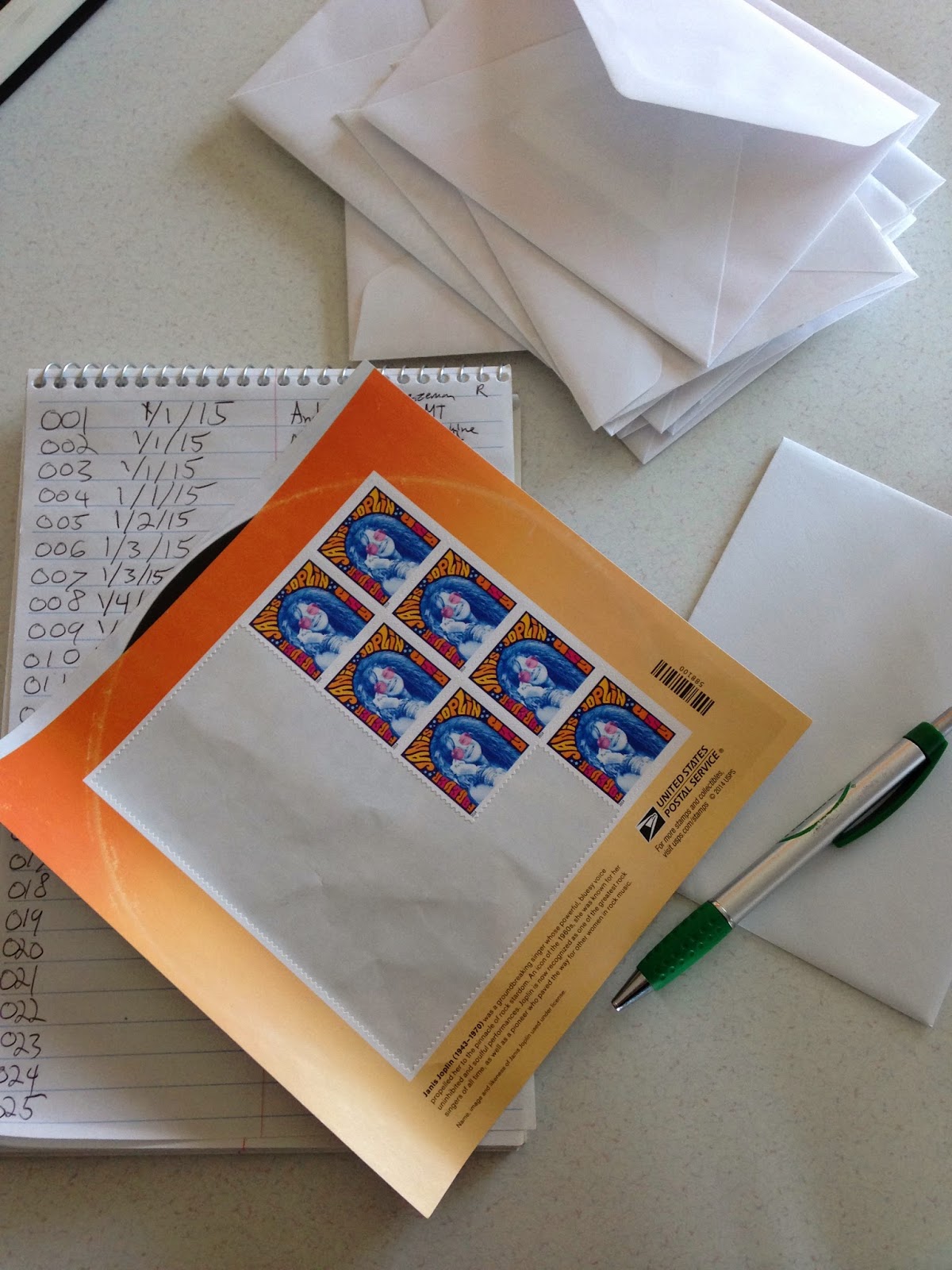 A former classmate of mine at CSB/SJU said she was inspired to write a letter a week because of my project. That was cool to hear even though I've only completed 3 percent of the entire thing. Glad it's inspired something else.

I ordered stationary for the first time. I'm really excited about it. It makes me feel really grown up. It says "From the desk of Nicholas Hansen." Though, I've written all of these letters on the kitchen counter.

I've written 15 letters to 17 different people (I addressed some to two people.) They've been to 4 males and 13 females (no love letters though.) I've sent them to nine different states: Montana, Massachusetts, Nebraska, Minnesota, Iowa, Colorado, Ohio, California, and Maryland. (It would be kind of cool to hit all 50.)

I love my Janis Joplin and Batman stamps. I never knew I would be so excited about postage.

I'm also individually numbering each letter. So that's what the weird three digit numeral in the corner is on your letter.

As always, If you want a letter, send me your address.