The Timberwolves Live! at the Star-Club in Hamburg, Germany; 1962

Before the achieved mega-stardom, the Beatles paid their dues at crappy nightclubs in Germany. I never saw them, but I'm guessing these were small, terribly lit places, that were full of teenagers in leather jackets looking to get their rock n' roll fix. It was a rough time for that band, but that's where they cut their teeth and grew their rock n' roll backbone. 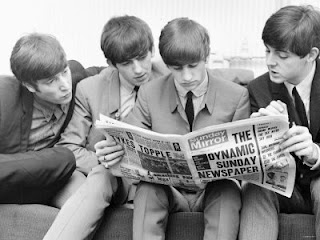 This is the Timberwolves German period. John has already met Paul (Love meeting Rubio). George developed in to his own unique voice (the development of Pek). Ok...well, the metaphor kind of falls flat, but  the Wolves are starting to develop a unique sound. And it's going to lead to big things.

It's hard to make snap judgement after four games, but there are some encouraging trends going on. Many players are stepping up in the absence of Rubio and Love. Greg Steimsma is a highly efficient swatter. He's averaging 5.6 blocks per 36 minutes, the highest in the league for players who have played at least 60 minutes so far this season. Chase Budinger has provided that scoring punch on the wing that Wes Johnson couldn't ever seem to deliver. And any worries that Andrei Kirilenko has lost a step seem to be dissipating. In the game against Brooklyn, AK47 had 16 points, 10 rebounds, six assists, and four blocks. He was also 7-for-11 from the floor. A different player has led the team in scoring in each of their three wins (Barea, Pek, and Ridnour.)

The comeback against the Nets was the fourth largest in team history. Just a few months ago, that sort of game was unimaginable. After Love went down with a concussion, that team lost its motivation and won only one game in the month of April. And while this team will be significantly better when Love and Rubio return, it's a relief to see a cadre of talented players holding down the fort.

One of the things I really like about this Timberwolves team is that they're marketable again. Check out the jersey section at NBA.com. The Wolves have 48 items available, which is more than the Hawks, Nuggets, Grizzlies, 76ers, and Spurs. All playoff times mind you.

So crank up the Twist and Shout, this team has got me wanting to dance.
Posted by Nick Hansen at 7:56 AM