Red Sox Right to Stay Out of Miami's Shenanigans

It looks like Toronto has gotten over the departure of John Farrell. I don't blame them. With the Yankees trying to balance the checkbook, the Red Sox still on the new manager honeymoon, and the Rays content to do little-to-nothing, the Blue Jays are making a dive to compete. 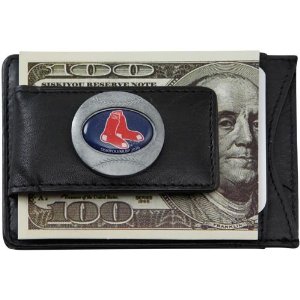 Toronto didn't have to send much back:


Don't worry too much Sox fans. Toronto has improved, but at a price. Reyes is owed $106 million over six years and Buehrle is owed $58 million over four. That's a lot of coin.

The Red Sox should brush off the loss of Buehrle, Johnson, and Reyes. They are expensive, shiny toys that theey shouldn't invest in.

The team needs to stay the course and focus on acquiring talented, inexpensive veterans, limke Dan Haren. First, Haren is a workhorse. He could be a good third starter for this team. He did spend some time on the disabled list last year, but you know what? That was his first time there, according to CBS Sports.

Toronto still doesn't quite pack a punch on offense. Their team OBP was around .309 and they averaged a so-so 4.42 runs per game. Both worse than Boston.

The Red Sox shouldn't fret about Toronto. They've put all their chips and it's not guaranteed to work. Focus on solidifying the rotation and getting a few available bats that are still out there.
Posted by Nick Hansen at 9:19 AM