However, I don't know Royce White. I also don't know what specific of arrangement the Houston Rockets have set up for him. This is what I know.
From ESPN:

The Rockets intend to fine rookie Royce White for every day he remains away from the team or does not attend sessions with a therapist arranged by the team, according to a report by the Houston Chronicle.

White made a deal with the team to travel by bus to some games this season, so he could confront his fear of flying and obsessive compulsive disorder over the long term. 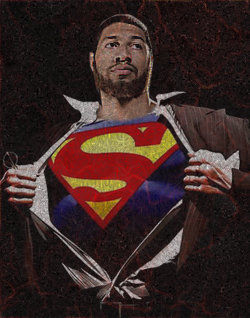 I support White for being willing to talk about his illness publicly  even though he may have regretted talking about it. I believe that White speaking about his condition is important because mental illness still carries a huge stigma in the sports world. You can't see a mental illness, so some people get skeptical that something is actually wrong. This was shown by the responses to White's tweets about his situation.

William Rhoden from the New York Times recently wrote about the struggles that athletes with mental illnesses face. One line stuck out to me. This is a quote from Dr. Ira Glick, professor emeritus of psychiatry and behavioral sciences at Stanford University School of Medicine, "“Players want to have somebody to talk to, but they don’t want their teammates or the team to find out because of the stigma and they’re afraid of being dropped."

Does Royce have someone he can talk to? He mentioned that this is an issue of "support" from the team. He has been connected with a doctor, but it looks like there have not been any successful meetings thus far.

Charlie Beljan might provide some guidance. Beljan, a professional golfer, suffered an anxiety attack while he was basically playing for his golfing career at the Children’s Miracle Network Hospitals Classic in Florida. Beljan shot a 64 while in the middle of an anxiety attack, his second lowest professional score ever. He went on to win the tournament after spending the night in a hospital.

Pretty miraculous. I don't know anything about treating mental anxiety disorders and I may be generalizing here, but maybe Beljan, an athlete who is routinely in high pressure situations could provide White with support and vice-versa.

Anxiety is not a new thing in pro sports. MLB pitcher Zack Greinke also battled anxiety issues. He took the 2006 season off to deal with his mental illness. He almost quit baseball. However, he went on to win the CY Young award in 2009.

I want Royce White to succeed. The world needs to see a professional athletes who can play in spite of anxiety and the stigma surrounding mental illnesses. I hope someone reaches out to White to offer advice or support. This is bigger than just one athlete.
Posted by Nick Hansen at 6:22 PM