Last Saturday I ventured down Mass Ave. from Somerville to the South End. It was a balmy mid-forties and there were a ton of people out. It was definitely the most people I've ever seen at one time in Davis Square. I guess people just really wanted to get out of the house

I stopped into Cardullo's Gourmet shop in Harvard Square. The store has a lot of cool products. It has imported cheeses, meats, chocolates, beer and some locally sourced stuff as well. I was interested in the deli counter. 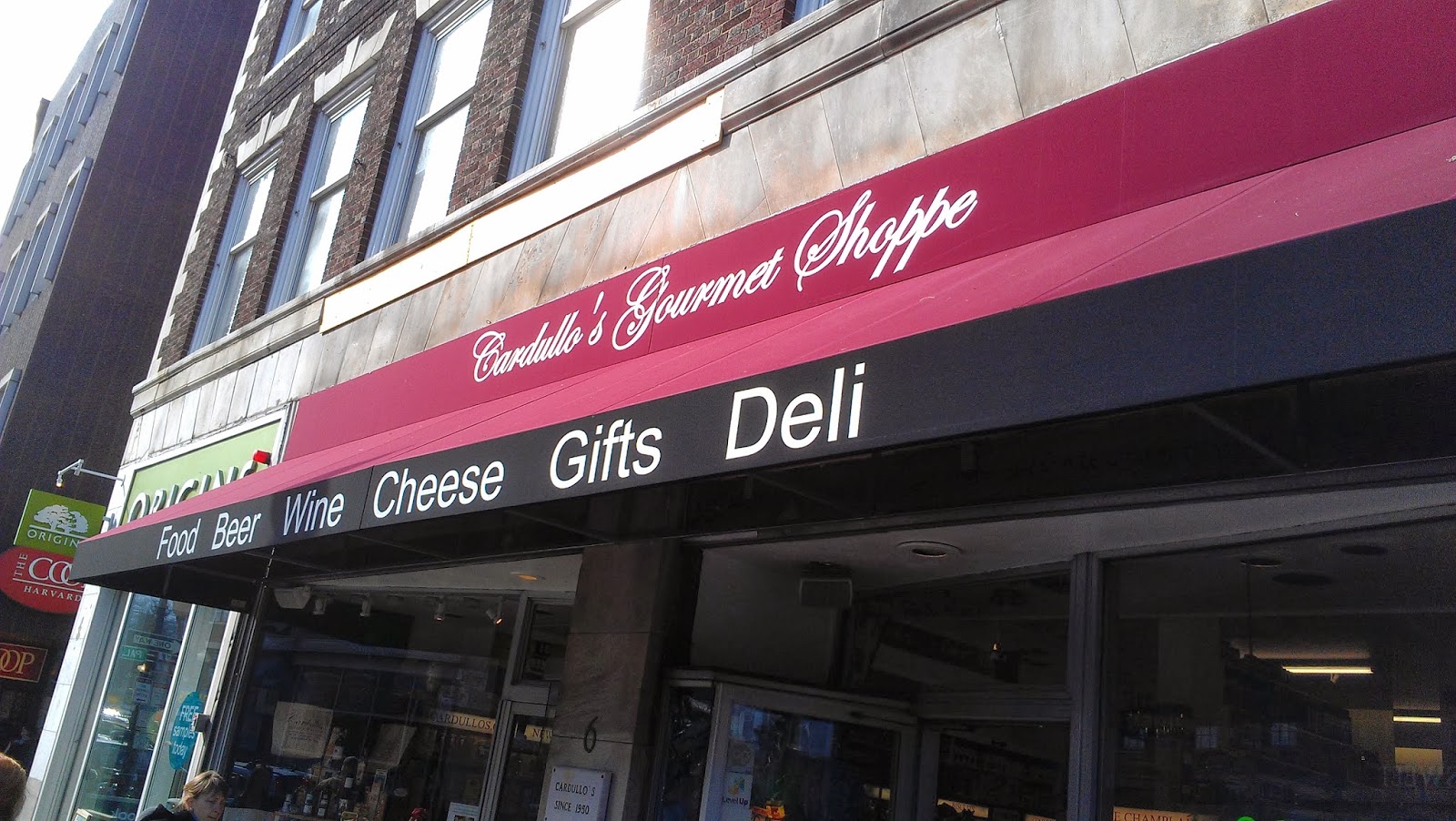 I ordered a custom sandwich with Turkey (duh), onions, tomatoes, onions, cucumbuers, provolone cheese, arugala, and red hots. It was on a cibatta roll. It set me back $7.95. 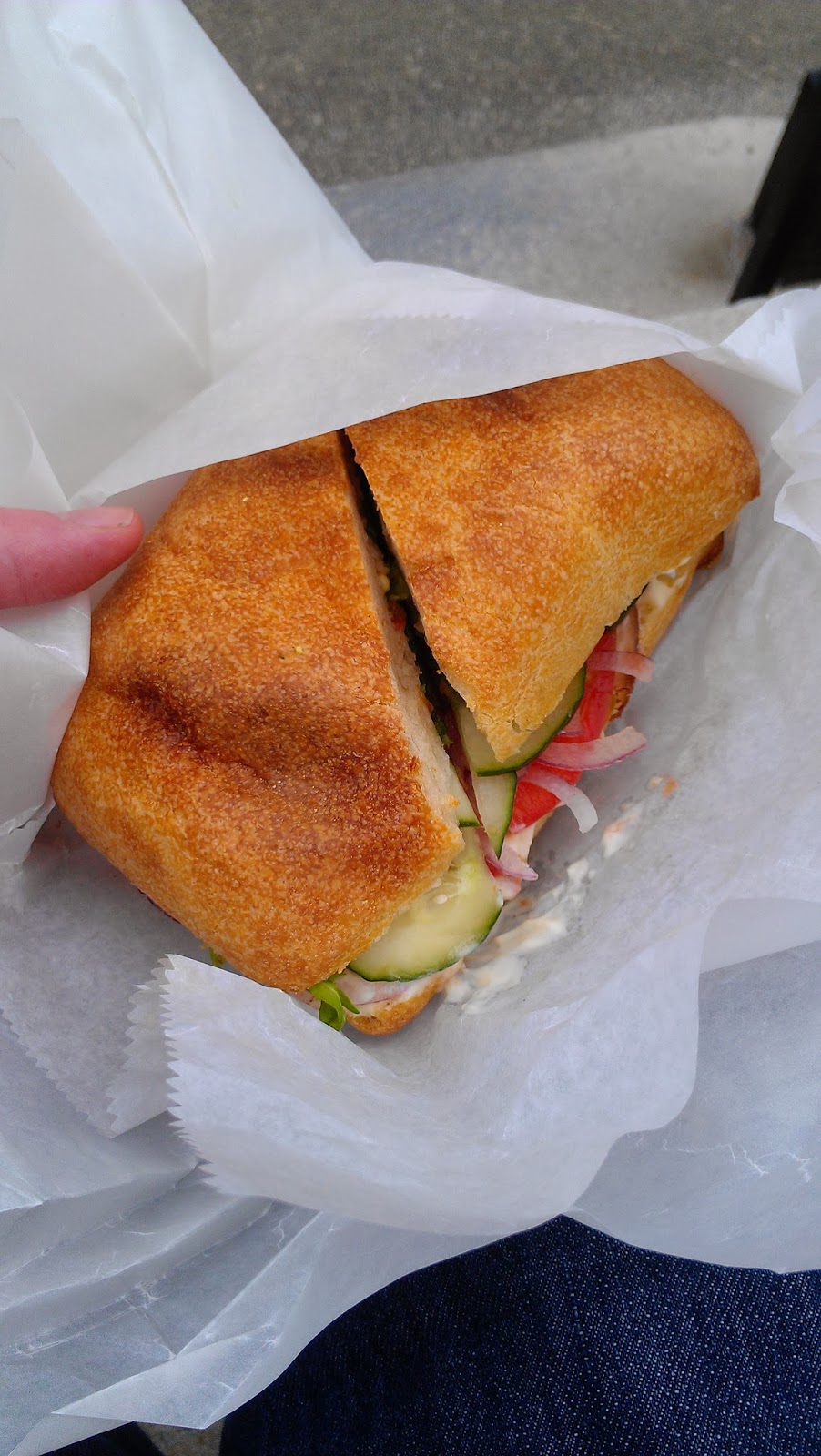 I ate my sandwich in Harvard Square on the steps of some academic building. This sandwich was heavy (as far as sandwiches go.)  The presentation of the sandwich was solid. It was tightly wrapped in wax paper. The bread tasted fresh. There was a generous helping of turkey, but not too much. The veggies were all crisp and fresh. The tomatoes were especially juicy.

My two complaints were that I could barely taste the spice on the sandwich. I like having a little bit of kick, but there wasn't much to be found. Also, there was a bit too much mayo for my liking. It got in the way of the crispiness of the veggies.

Overall I'd give this sandwich a 4 out of 5. I liked the fresh ingredients and the texture. It was slightly expensive. I don't think I'd make it a "regular" place, but I'd definitely recommend it. 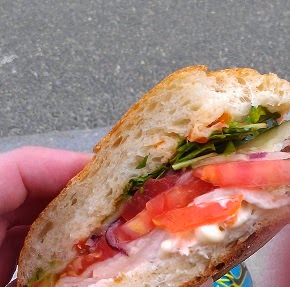