A quote I heard last week about art has stuck with me this week. It was from Will Leitch (again) and he was talking about how he bought certain movies instead of relying on streaming services because “he wanted them to be there when he needed them.” That made think of what movies have I needed to be there for me this past year. The first one I thought of was, “Waiting on a Song” by Dan Auerbach. 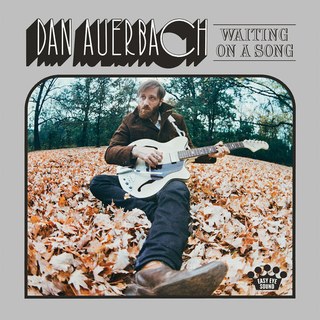 I needed this album because it was an antidote to the national despair that was hooked up to our national psyche like a morphine drip. This album was fun in a year where very few people wanted to talk about having fun. With all due respect to the artists who tackled heavier issues this year, there were more than one days where I just needed something that I could just move my hips and shoulders in cubicle too. More often than not, that was Dan Auerbach.

This album was recorded in Nashville after Auerbach got burned out from touring with the Black Keys. Auerbach lives in Tennessee now and he wanted a record that reflected the city of Nashville. It couldn’t have been made anywhere else and it does a great job of mirroring the rich music tradition from that city. It’s got guitar from Mark Knopfler and Duane Eddy. It’s got country sounds, it’s got R&B sounds, it’s got some classic rock and roll sounds. It like a glass of cold lemonade on a hot day.

The lead single, “Shine on Me” has got a shimmery chorus to accompany the staccato guitar from former Dire Straits man, Knopfler. You might think “Stand by My Girl” is about a man’s loyalty to his girl, but it’s exactly the opposite. It’s a man who’s afraid of the wrath of a woman after he cheated on her. And the title track talks about waiting for the inspiration to write a song to arrive, “Songs don’t grow on trees, you gotta pick them out the breeze.” Talking about writing a song one thing, but you just have to do it.

The thing is that this record came from a very 2017 place. Aren’t we all burned out in some form another? Couldn’t we all stand to just take a look around and find some good things where we are? Couldn’t we find something fun about where we are? Auerbach has done that, and I’m going to keep listening because I think I’m still going to need it for a while.